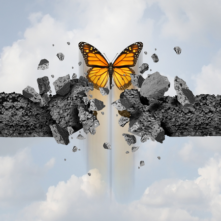 My usual mantra going into pandemic events is to expect nothing. So much can go off track, technology failures, unexpected internet issues, people tired of remote meetings, Zoom-fatigue. This is especially true for those programs we appreciate live and in person which change most when shifted to the laptop screen. Streaming music concerts, birthday parties, and happy hour networking events feel slightly off the mark.

The 2020 Emory Law School Kessler Eidson Trial Techniques Program (KETTP) was like no other. Given my past year of Zoom meetings, I approached this year’s Program with trepidation. The strength of KETTP stems from connections made between students and faculty from all over the country, but this year we were forced apart. Over the past twenty-plus years I have served on the faculty and learned alongside hundreds of law students each year in this mandatory 2L course. The on-campus program is known for using the National Institute of Trial Advocacy (NITA) methods which involve action packed sessions with students on their feet doing cross-examination of witnesses, introducing exhibits into evidence, and closing arguments for trial. Many factors of the usual program were modified for the 2020 pandemic remote process. The typical KETTP ends with each student conducting a jury trial using witnesses and high school students playing the role of jurors. This year, that was scrapped and replaced with final bench trials (Judges only, no jury). The case file involved a police traffic stop with current issues and allegations of unconscious racial bias.

A major contrast is how faculty would typically fly in from around the nation (and some observers from other countries) but this year we all were remote participants, entirely on Zoom, with faculty and students in remote locations across North America and a few extra continents too. One final curveball was that the Spring 2020 program was basically a non-starter due to Covid-related safety concerns. The usual Spring 2Ls (now mature 3Ls) had to complete the program just now in December 2020 starting the day after final exams and pushing into the Winter break.

This recipe for disaster turned into a wonderful surprise. Numerous challenges arose each day and were conquered by a resilient group who adapted on the fly. Some of the challenges are caused by the time – space continuum of students and faculty in at least eight different time zones. For me on the East Coast, starting before 9:00 A.M. was like a regular workday. But the mornings for my team’s co-teachers were wildly off schedule. Our small breakout team of eight faculty and two dozen law students included Judges and attorneys from Seattle, Washington, Los Angeles, California, Boulder, Colorado, and even Alaska. Our team was led by an attorney dialing in (on the Zoom) from Tucson, Arizona. Similarly, some international students were participating at odd times of day or night.

Additionally, KETTP had a few full group sessions (over 350 people), but most of the real work was conducted in the team meetings and the even smaller breakout rooms (breakout Zooms?) with two faculty and eight students. KETTP offered faculty discussions with counsel around the country who are seeing first-hand some inconsistent court system experiences during the pandemic. One highlight was Judge Matthew Williams from King County, Washington who shared with our team that his court has