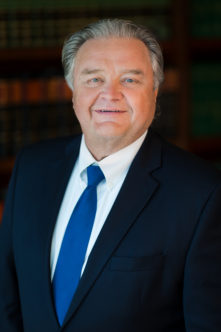 Tim is a founding shareholder of the firm and has served as managing partner since 1986.  Bodker, Ramsey, Andrews, Winograd & Wildstein, P.C. was named Top Law Firm (medium) for Business & Transactions in the 2012 Georgia Super Lawyers Business Edition.  Tim has been named a Georgia Super Lawyer (top 5% of Georgia attorney) by Atlanta Magazine s every year since 2008.  He also has been named as one of Georgia Trend Magazine’s Legal Elite.

Tim is married to Betsy with two adult children.  They live in the Emory Northlake area of DeKalb County and are members of Oak Grove United Methodist Church.  Tim is a member of Druid Hills Golf Club and Twin Lakes Swim and Tennis Club.  Tim enjoys outdoor activities, including tennis, golf, biking and boating.  He was captain of his USTA team which won the Georgia State Championship in 2004 and 2005, and advanced to the USTA National Championships in 2004. He has volunteered for service with Habitat for Humanity, North Atlanta Rotary, and Boy Scouts of America.

Preparing Your Business for Sale:  Maximizing Value in Today’s Market Divvyin’ up the Goods: Helping Your Client Restructure Real Estate Assets Makin’ It To The Top: How To Hit The Ground Running And Impress Everyone In Your Path, On And Off-line “Sales Contract Negotiation” Featuring Tim Ramsey, America’s Commercial Real Estate Show