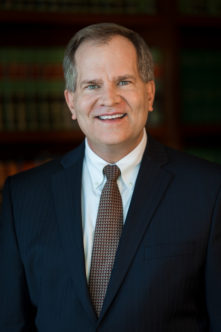 Tom Rosseland represents domestic and international clients in a variety of industries and practices in the international, corporate, employment, and business litigation areas at Bodker, Ramsey, Andrews, Winograd & Wildstein, P.C.  Tom has worked with and successfully handled a wide array of complex legal matters for individual and corporate clients. Tom extensively works with CFOs for many businesses and he also supports the C-Level community, both professionally and personally, as a mentor and as a networking resource.

Tom is the host and moderator of the International Business Radio program on ProBusinessChannel.com, and serves as Chair of the International Section of the Atlanta Bar Association. Early in his career, Tom served as in-house counsel for ExxonMobil. Born as a first generation American to a Swedish mother and a Norwegian father, Tom now serves as the Honorary Consul for both the Kingdom of Sweden and the Kingdom of Norway in Georgia.

U.S. Court of Appeals for the 5th Circuit

U.S. Court of Appeals for the 11th Circuit

“How Portable is Your Business?” Team Ivy Breakfast meeting, Atlanta, Georgia.
Tom was chosen as the Association for Corporate Growth “Feature Member” for the month of March 2009 and was interviewed by Katherine Morris, President, ACG Atlanta.
“Leveraging Trade Secret Laws to Increase A Company’s Corporate Value,” Meeting of the Atlanta Chapter of the Georgia Society of CPAs.
“A Georgia Problem-Solver with Swedish-American Roots,” in “Currents”, Spring 2008 Edition of magazine published by the Swedish-American Chambers of Commerce USA.
“Advanced Debt Collection,” presented at the State Bar of Georgia Institute of Continuing Legal Education program.
GlobalAtlanta.com https://www.globalatlanta.com/ 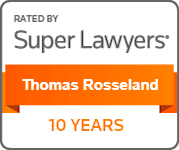